It was great to run in a natural environment like Banstead Woods, Surrey that’s whole parkrun course ceiling is covered in a canopy of trees in one of the oldest parkrun events around, simply brilliant!

So this ancient woods history itself goes back in medieval times to being a royal deer park that both King Edward I and II gave the woods as a gift to their respective queens, with the last Queen that was bestowed this honour was Catherine of Aragon the first wife of Henry VIII and she kept the woods until her death in 1534.

In much more modern times the woods were acquired by first Surrey County Council in 1934 then as it is now ownership was passed onto Reigate and Banstead Borough Council. Also during the second world war the neighbouring Park Farm was used as a base for both Canadian troops and also they held prisoners of war in the grounds!

Now today it is great to see the famous C.S. Lewis book from every child’s youth, “The Lion, the Witch and the Wardrobe” has been lovingly brought to life in the form of a Narnia trial!

At the moment it contains four iconic wooden sculptors of the book generated from deadwood taken out of Banstead itself with all the work created by the very talented artist Ella Fielding, well worth a view! 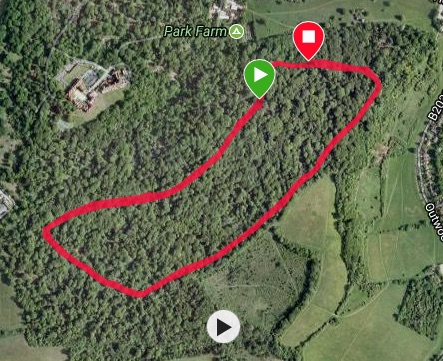 The course is just under 2 anticlockwise undulating laps of Banstead woods that is made up entirely of woodland trail paths!

The start is over halfway up the only notable climb on the course that will only be run up in its entirety on the second lap! Interesting from a running point of view there seemed to be large sections of the course run downhill especially to the finish that is always welcome for tired limbs!

My time was not great at 37:13 but it was a real pleasure to run this course that must be brilliant to participate on in each all of the 4 seasons of the year!

There are two free car parks for this parkrun and I chose the event car park at Park Farm that holds space for 50 cars, Sat Nav SM7 2BY

Unfortunately though there are no toilet facilities at this event and because I already knew this I used the facilities on the nearby service station of Cobham on the M25!

For the post run coffee they retire to The Mint pub, shame I could not join you guys maybe next time though!

Finally on this subject I would definitely recommend if you have time after your parkrun to take in one of the planned trail routes through this beautiful Surrey countryside, you have been told!! 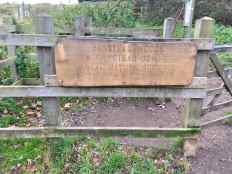 I would like to thank the run director Chris Phelan and his team of volunteers for making me feel extremely welcome, also again special mention like last week to the friendliness of the local parkrun community who made me feel like one of the regulars from minute one of my arrival!!! 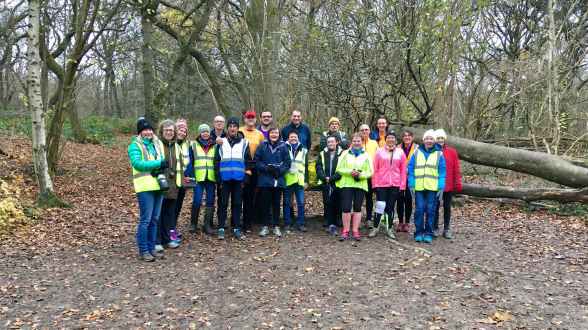 So I would throughly recommend attending one the oldest parkrun events running through these lovely woods especially when the bluebells come out in spring, must be a beautiful sight to behold 🙂

It was great to hear that two of my close running friends Amanda Rankin & Liz Evans who respectfully completed together their one hundredth parkrun on Saturday at Luton, Wardown 🙂

Top work ladies, I am now only 22 parkruns behind you guys!

Also a special mention to Lucinda Philpott in completing her English Athletics, Leader in Running Fitness course yesterday and in so doing becomes the latest coach at our running club Stopsley Striders!

We are very lucky to have you onboard Lu and I am sure you will be a great success!

running blog for everyone

Stopsley Striders jogging club is a Luton based club that was formed in 1982 from the embers of a local jogging course organised by local international athlete Tony Simmons.

We now have a membership of over 200, of all abilities. County champions to those who just run to keep fit or just to complete a fun run. Our main aim is to keep running fun and to enjoy ourselves.

My home parkrun that I am very proud of is going from strength to strength with now regular attendances of over 300 runners every week   Home Page.

My home junior parkrun that’s first event was held on 01/07/2018 and great to see so many of our juniors enjoying this every week :)